It’s nearly the end of the year and it’s certainly been a busy and enjoyable year. I have thoroughly enjoyed my first 6 months in my role and have met some fantastic individuals. I hope you enjoy reading some of the highlights on the huge amount of work that has been delivered by the team here at Rare Disorders NZ.

I’d like to take this opportunity to thank a few people, as we certainly couldn’t do this work without the support of many others.

Thank you to all our support group leads; it’s so important that people have groups to connect with to share in their journey with a rare disorder. Thank you to those who have shared their stories with us to help raise awareness of the needs of those living with rare disorders. Thank you to those in the rare community who have attended meetings with us and helped make submissions. These are all so important and really bring to reality the challenges faced by those living with rare disorders and how we can make things better.

I’d also like to take this opportunity to thank all those who help fund and support the work we do; without you the achievements this year would not be possible. Particular thanks go to our round table of companies and our corporate partners. Thanks also go to individual fundraisers, the philanthropic funders, those who have provided grants and of course the small amount of government funding we receive.

I’d also like to thank the team here at Rare Disorders NZ, including our board of trustees. They all do a great job, often in testing circumstances and with limited resources. Thank you to Kim, Lucy, Angela, Maurice, Susan and Julian.

And finally, I’d like to wish you all a Merry Christmas and all the best for 2023. We look forward to connecting with you again in the new year; there are going to be some great pieces of work to drive forward the National Strategy for Rare Disorders, and some great events to raise awareness and challenge the inequities for rare.

We are very excited to share our Glow up and Show up for Rare campaign theme for our inaugural Rare Disorder Month in March 2023!

Glow up and Show up for Rare is all about shining a light on the urgent need for action to improve healthcare and wellbeing for people and their whānau living with a rare disorder. We want to bring rare disorders out of the darkness and into the light!

We have some neat events lined up, including:

But most of all, the month is about rallying the rare disorder community all over New Zealand to get involved to help make rare visible! We’d love to see individuals, families and support groups come up with creative ways they can get relatives, friends, schools, local businesses and communities to glow up and show up for rare! If you would like to get involved but need some ideas, let us know. We’re working on packs to help provide inspiration.

Reflecting on the year that’s been

As we near the end of 2022, we reflect on a year with a number of significant wins for the rare disorder community, including:

It has taken years of tireless advocacy to get to this point, where decision-makers are now taking notice, understanding our calls and recognising the many gaps across sectors that need to be addressed to improve the health and wellbeing outcomes of people affected by rare disorders. Thank you to everyone who has contributed to this important advocacy work to make rare a public health priority.

As an organisation, we also look back proudly on achievements we have made as a small team with limited resources. Some key highlights from the year include:

Thank you to everyone who has supported us!

Petition on Pharmac’s review of rule 8.1b handed over at parliament

On 14 December, Rare Disorders NZ was with Patient Voice Aotearoa as they handed over their petition urging Pharmac to extend rule 8.1b so all children in New Zealand can have access to life-saving medicine.

Rare Disorders NZ is concerned that the review could lead to Pharmac reducing access to medicines for children with cancer. We are strongly opposed to this option and believe the only solution to making medicine access more equitable is to extend the rule to other conditions.

You can read our media release here.

Pharmac is seeking feedback by 5pm on 31 January 2023 and Rare Disorders NZ will be making a submission. We strongly encourage others to do the same and we will be providing a submission template to help you and others to submit. You can access the submission form here.

On 23 November, Rare Disorders NZ met with the Strategy, Policy and Regulation Directorate at the Ministry of Health to discuss the development of the National Strategy for Rare Disorders. We understand from this meeting that the strategy will be developed by the end of 2023 and that the voice of those with rare disorders will also be worked into the primary health strategies under the Pae Ora legislation - Hauora Māori, Pacific Health, Health of Disabled People, Women’s Health and Rural Health.

We expect to continue the dialogue with the Ministry and work together to ensure the lived experience voice is front and centre of this work.

On 11 November, Rare Disorders NZ hosted our first in-person support group lead hui in two years. It was a great day to come together, share learnings, hear about advocacy and rights and look ahead to how we can work together to achieve co-design of the National Strategy of Rare Disorders with the Ministry of Health and get rare disorders on the election agenda in the year ahead.

Our collective currently includes 144 rare disorder support groups and continues to grow. This year alone 18 new groups joined. You can view our full list of support groups on our website here.

If you would like your rare disorder support group to join our collective, email enquiries@raredisorders.org.nz.

On 29 November, two representatives from the rare disorder community in New Zealand participated in a UNESCO-led international meeting to discuss better inclusion in the education system for children living with a rare disorder.

UNESCO is an agency of the United Nations specialising in education, science, culture, communication and information. This was the first time they have hosted an event on rare disorders, and the inclusion of perspectives from families around the world was a top priority.

A pre-recorded video of New Zealanders Nikki Van Dijk and Mark Rogers was shared at the meeting, where they shared some of their own lived experiences with the education system. Mark was also able to be virtually present at the meeting to take part in discussions and answer any questions.

You can read our media release here. 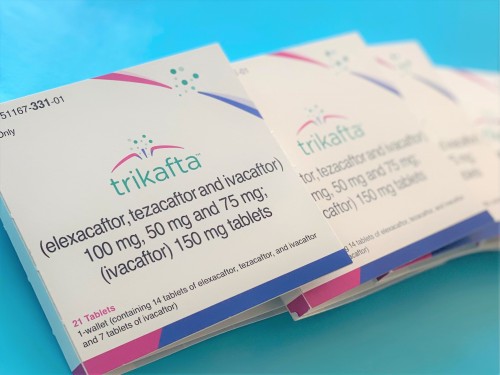 We were overjoyed for the cystic fibrosis community to receive news that the life-saving drug Trikafta will be funded by Pharmac for those eligible 6 years and over from 1 April 2023.

Cystic fibrosis (CF) is a genetically inherited condition that mainly affects the lungs and digestive system. Trikafta is a medicine that treats the cause of cystic fibrosis for around 90% of those with the condition, and Pharmac have themselves reported that Trikafta could give people with CF up to 27 more years of full health.

It is fantastic news, but it has been a long hard road to get to this point with tireless mahi from the CF community. The path to accessing modern medicines must be easier, and we will continue to push for fairer assessment pathways for rare medicines.

Pharmac has initiated a consultation process on the funding proposal for Trikafta which closes at 5 pm, Monday 16 January 2023. Find out more here. 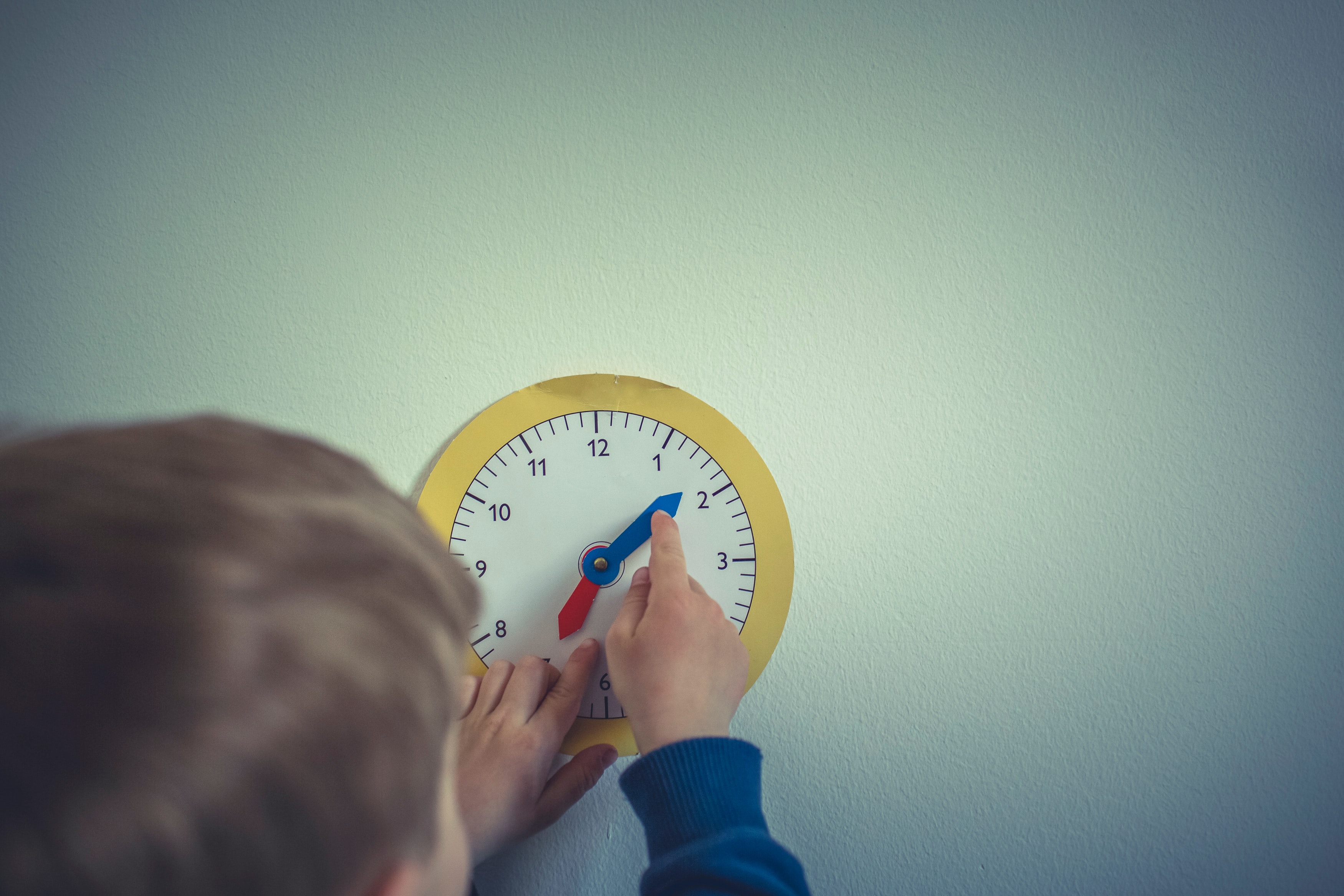 The Government has announced that it plans to overhaul the $1.2 billion special education system to reach more children with higher needs. While details of the overhaul are yet to be announced, changes will include involving families more in the decisions around the support their child needs and making teachers more responsible for learners with higher needs.

The announcement follows a review of special education support for children with higher needs. Rare Disorders NZ made a submission to the review based on feedback from our collective’s education group.

Rare Disorders NZ was also a member of the Highest Needs Review advisory group, proudly representing those with rare disorders as part of this vital mahi and kaupapa for a more equitable and functional education system for our children with the highest needs.

We look forward to learning the details of the planned changes and making sure the needs of children affected by rare disorders are included.

Spinraza to be funded from 1 January 2023

Pharmac’s consultation process for the drug nusinersen, branded as Spinraza has ended and we were thrilled to receive confirmation that the drug will be funded from 1 January 2023 for New Zealanders with spinal muscular atrophy (SMA) under 18 years of age.

SMA is a genetic disorder that affects the control of muscle movement and causes the muscles to waste away. The most severe type affects up to 60% of children with this disorder and has a 95% death rate before the age of two for children who develop it early. Spinraza has proven to be very effective in improving survival and motor functions.

Read more about Pharmac’s decision and changes to access criteria based on feedback during the consultation process here.

This is a topic central to improving health and wellbeing outcomes for the rare disorder community, as it aims to use emerging technologies and available information to better predict, prevent, diagnose and treat disease more accurately, for people and whānau.

They are inviting feedback and input on what aspects of Precision Health they should be focusing on – including the opportunities and challenges that exist now and into the future and what areas might be suitable for case studies within the topic of precision health.

Rare Disorders NZ will be making a submission and we have already had an initial meeting with the Ministry team on what role we can have in this important piece of work. We have also suggested that the MoH team hosts a roundtable discussion jointly with Rare Disorders NZ to debate Precision Health from the perspective of rare disorders. We hope they will take up this offer.

You can find out more about this exciting piece of work and how to make a submission by 5pm, Friday 27 January 2023 here.

How you can help support our work

If you would like to help support our work to improve healthcare and wellbeing for people and their whānau living with a rare disorder, there are several ways: 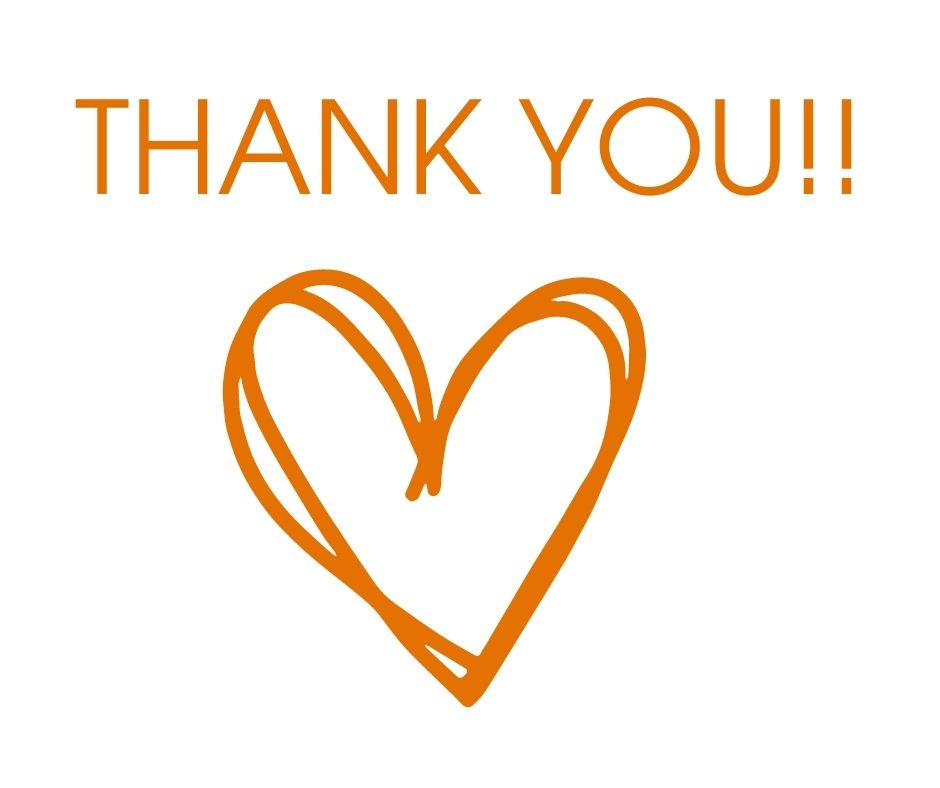 We would like to acknowledge and thank the following sponsors for funding key projects for us over the past two months:

Join us on social media

Please join us on social media to stay updated on our news and on important developments and events in the sector, both nationally and internationally. You can also help us reach more New Zealanders by sharing our posts, so that we can spread awareness and understanding about living with a rare disorder in Aotearoa New Zealand. 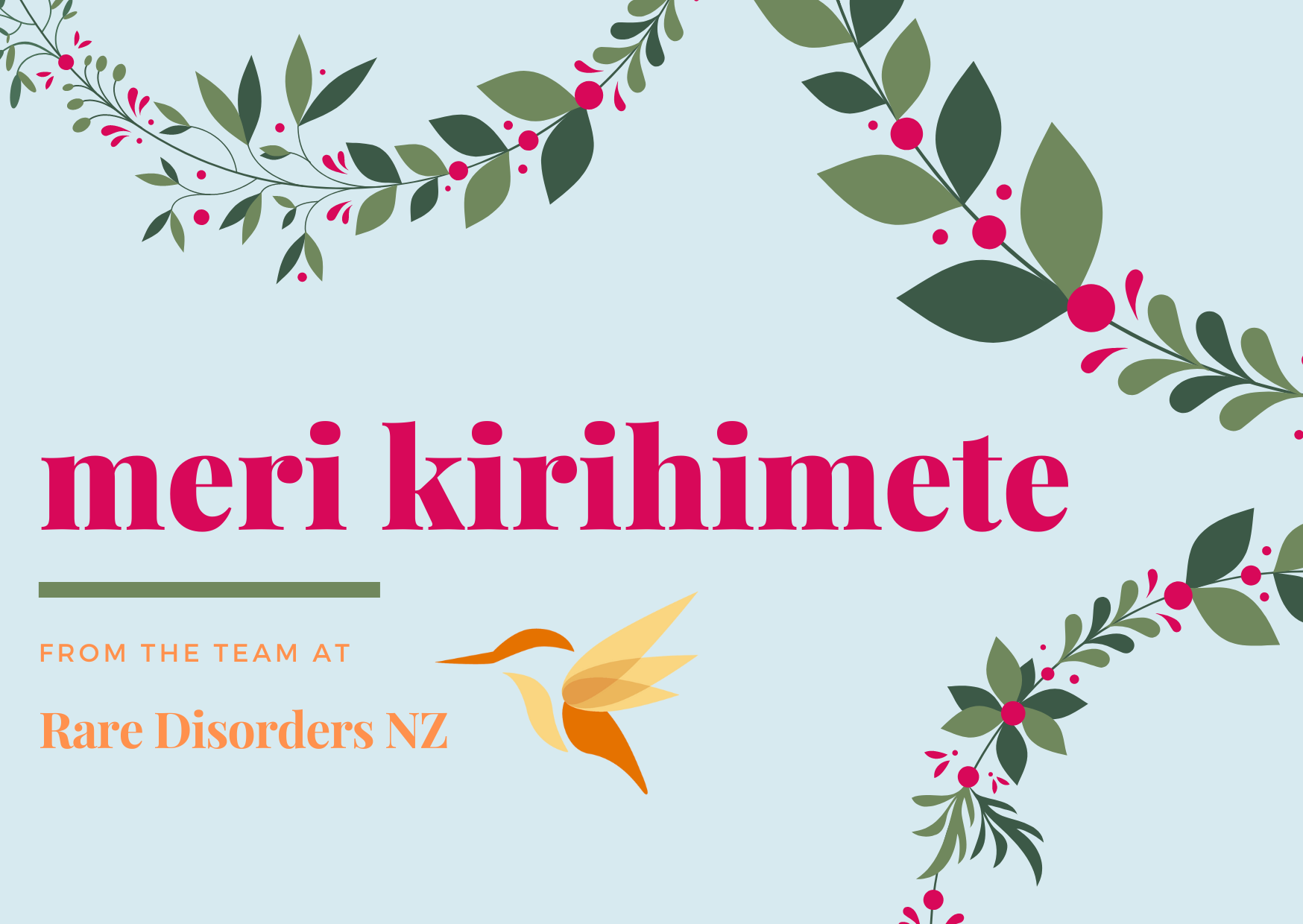 The team at Rare Disorders NZ